A few weeks before I celebrated my fortieth birthday I welcomed my third child into this world. 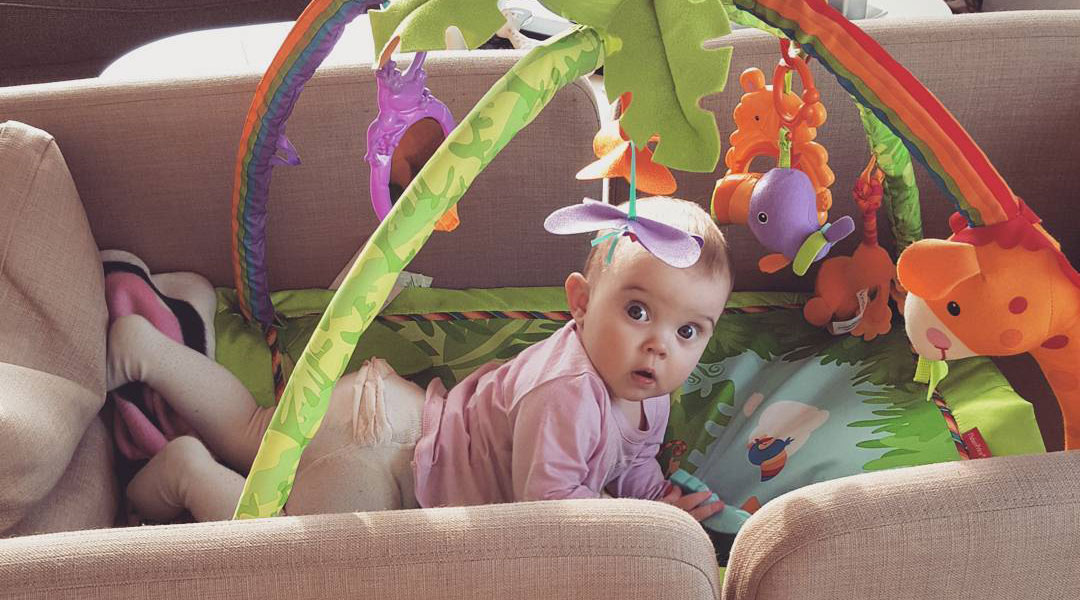 Well, actually, my soon to be wife did all the work. I just stood there and tried to be supportive. Oh, and I cut the umbilical cord. That was a first for this Icelandic web developer. What a weird, happy, exhilarating and joyous feeling all at once. Indescribable.

Our daughter came out with a bang on the 22nd of June. Which would be a premonition of what was to come. We checked in at the hospital at 10 am and she was born at lunch time. And what a glorious lunch it was. Hospital food is the best – toast and jam. But me and my missus just ate the incredible bliss surrounding us with the birth of this tiny little human that changes everything in an instant.

We named her Anna Alexía, honoring my late mother who passed away when I was a young man. But today she’s more commonly referred to as “Litla Brjál” which in Icelandic literally means “Little Craziness”. That nick name sums her up perfectly. She decided to skip the part where she’s an infant that just sleeps all day and makes funny faces. She went straight onto crawling, walking and diving head first into various household objects.

Nothing, and I mean nothing, is going to stop our little Anna who thinks she´s four times her actual size. The world truly is her oyster and she’s not afraid of grabbing, pulling and drooling all over what she wants which is usually her mother’s hair, eyes, nose, ears and her jewelry.

And even though we’re exhausted parents at the end of every single day, barely muscling up the strength to brush our teeth, she makes every hour of every day seem some how much more important than before. Much more meaningful. But I doubt our dog would agree. Every day is like a mine field for him and his days of napping peacefully on the couch are long gone.