Stuck in a very long episode of House of Cards

“What the hell is going on in Iceland?” That’s the question I’ve gotten over and over again this week from foreigners. 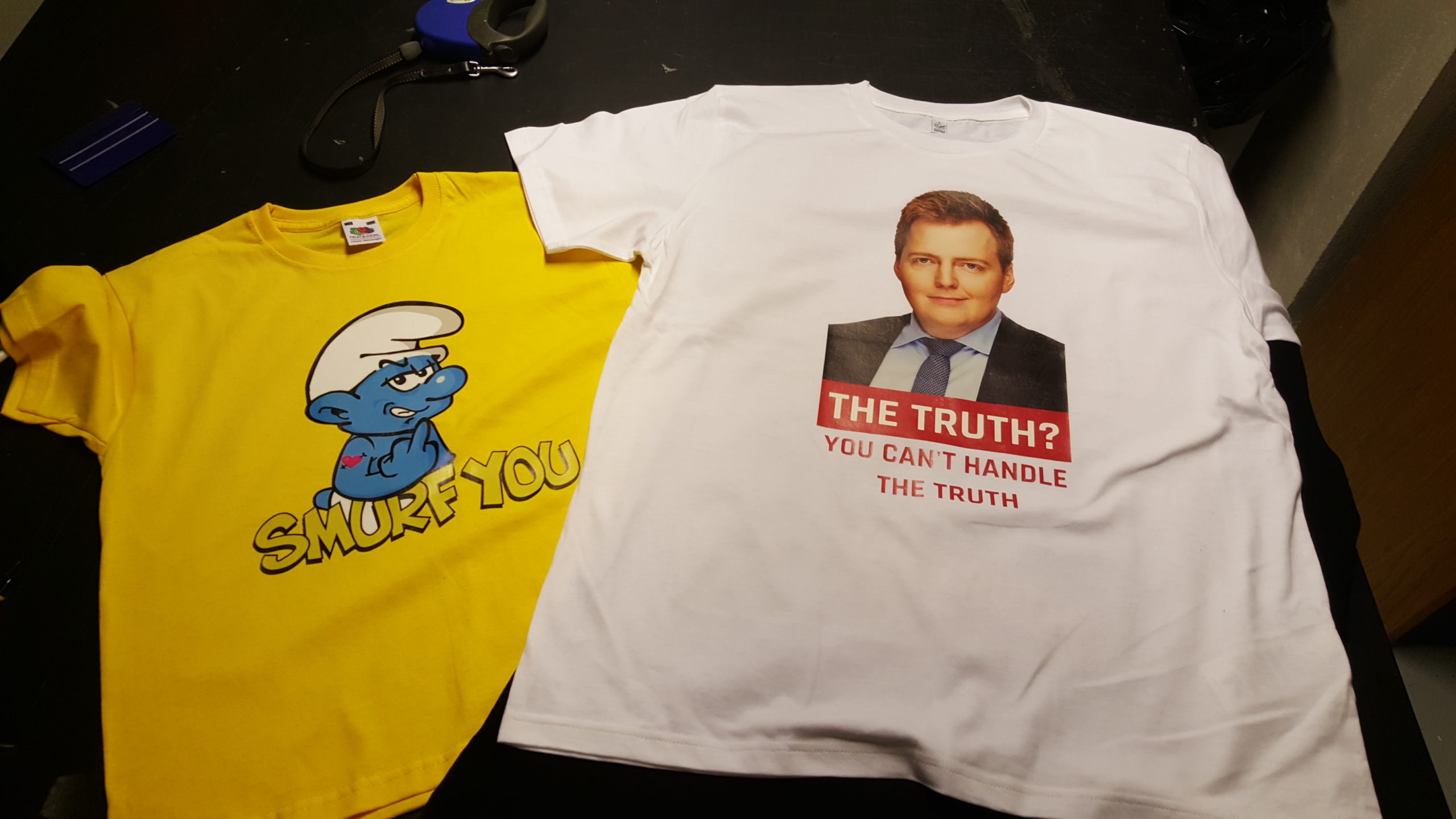 I’ve also asked myself that question numerous times the last couple of days. And I still haven’t managed to figure it out.

I feel like I’m stuck in a very long episode of House of Cards because frankly, the events that have taken place here since last Sunday are unprecedented in the real world. Or, so I thought.

To make a long story short our prime minister, Sigmundur Davíð Gunnlaugsson, was exposed as one of the people having off shore companies in the famous Panama Papers that were leaked not too long ago. Our minister of finance and our minister of interior were also in the documents having off shore companies in tax havens. The Icelandic public got wind of this last week but on Sunday the national broadcaster, RÚV, aired a TV special about these business adventures were our prime minister was caught in a lie about these off shore endeavors.

What followed was absolute mayhem. All the ministers basically said there was nothing wrong with having companies in tax havens – going so far as to say it was normal. They again and again maintained they paid their taxes in full in Iceland but of course there’s no way of verifying that. And let’s not forget that these are the same people that don’t want Iceland to join the European Union and look at the Euro as some sort of devil currency that will ruin the Icelandic economy once and for all. Up with the Krona, they say! But when it comes to their own personal gain they don’t think twice about practicing their very arrogant, corrupt double standard.

The Icelandic people spoke out. 22.000 Icelanders gathered in down town Reykjavík to protest. The prime minister must go. Resign. Be gone from politics forever and ever. Meanwhile our prime minister stayed put, having of course done nothing wrong. These twenty something thousand people meant nothing to him. The voice of the public insignificant. But of course, they don’t have secret accounts in Tortola or the Seychelles Islands. Why should their opinion matter at all?

The next few days felt like months. Mr. Gunnlaugsson finally announced on Facebook that he would ask the president to grant him permission to make a new government. Without informing any of his party members, allegedly. Then he accused the president of lying. Then one day he resigned. Or so we thought. Later that same day he sent a press release to foreign media to inform them he didn’t resign. He only stepped aside for a brief while. Someone said that these events were like something out of a Dario Fo play. That someone couldn’t have put it better.

Personally I think this is indeed a play. The reigning political parties are fighting for their power with everything they have. Throwing dust in our eyes with one crazy interview after the other. And why? Well, my theory is that they are plotting something big. They have one last bill to pass that will insure their friends all the wealth of Iceland. They are figuring out a way to save all their other friends in the Panama Papers – i.e. all their fishing quota buddies. They have to make it so that in a few months time they can sit back with a cocktail in their hands, enjoying the prosperity of corruption while bathing in the bucket loads of cash they’ve managed to get their dirty little fingers on. Leaving Iceland in ruins.

Today I think our prime minister has resigned but I have no idea what happens next. The opposing parties are furious with this circus of a week. They want a vote. They want the people to decide who their next leaders are. They want nothing to do with these corrupt ministers. They want to fix the image of Iceland that has been badly tarnished. They want justice and peace.

And so do I. I want everyone to have a fair shot in life. I want people to exercise their right to vote. I want people to go after their dreams and I want my society to make it easy for them. I want to live in a world were politicians come clean if they make a mistake. I want them to have the sense of decency to just step aside. What I don’t want is crooked politicians. People that take from the poor and give to the rich. People that only give chances to their friends. Amoral people that don’t give a shit about people like you and me.

I don’t know how this all will end. All I know is that I don’t want Iceland to become the Russia of the Western world. But unfortunately that might well become the case. And if that happens I’m out of here!