Thailand has me now

I set out to explore Bangkok with my better half to see if Thailand was actually a place where we could see ourselves living. 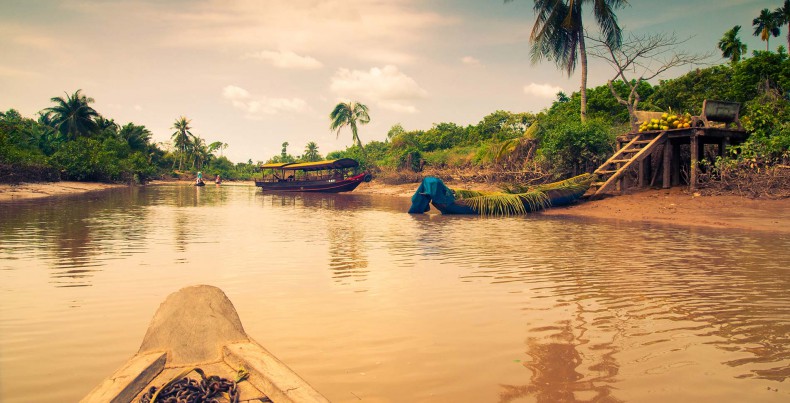 I tend to get quite crazy ideas. Sometimes I act on them and sometimes I don’t.
About a year ago I thought it would be cool to move to Thailand with my family. I got word that the web developing business there was booming and that job opportunities for a guy like me were plentiful.

So I set out to explore Bangkok with my better half to see if Thailand was actually a place where we could see ourselves living. We had no expectations. We were excited but truly thought we would hate it over there. But it was an adventure and no matter how it would go we followed our dream. If it didn’t work out we would find a new dream in a heartbeat.

But we loved Bangkok. It was so different from what we expected almost from the minute we stepped off the plane. We thought it would be a dirty, polluted and busy place to live. Not to mention all the horrible images we had fixated in our mind about prostitution and human trafficking. Bangkok was nothing like that. And the people were so nice, offering their help where ever we went. Of course you can find shady parts of the city but they are so easy to avoid if that’s not your cup of tea.

So we decided to make it happen. Move to Bangkok with the whole family for a few months and get some distance from groggy and grey Iceland. As much as we enjoyed Bangkok, we wanted to visit some place less crowder and fuller of nature, water and greenery. After some internet browsing, we rented a villa on Koh Samui from yourkohsamuvillas.com, where we stayed for ten days, just exploring the beaches, visiting secluded santuaries and so on. After that we returned to Bangkok with our mental batteries fully recharged.That was in September. We decided we would leave in the end of January the following year.

A lot of things happened between then and now. A lot of things that could have easily made us have second thoughts and called the whole thing off. But we are stubborn people and were determined on making it work. Determined on looking at the bright side of things. It didn’t hurt that before we decided to move I had already landed a job building a website for Mekong tourism which is a cooperation between the countries that the Mekong river runs through.

So here we are. In sunny Thailand. Our plans have changed frequently over the last few months and instead of staying just in Bangkok we’ve been travelling around, experience the best Thailand has to offer.

I wake up bright and early with he sun in my eyes every day and get to work on various Wi-fi connections that have not always been my friends. And in between deadlines and html codes I do holiday type stuff with my family. And in all honesty I’m beat at the end of every day. Beat but happy.